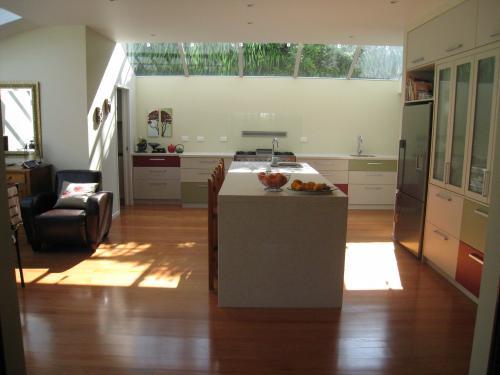 An existing historic property in Wadestown, full of character, sits up high to capture great sun and views across the valley. At the rear of the dwelling the hill carries upwards, limiting the opportunities for natural light into the rooms along that edge. In the 1970’s a new kitchen addition extended out from the building footprint and utilised roof light glazing to bring light in. Unfortunately this addition felt low, was prone to leaking and was also separated from the other living rooms by a toilet, shower and laundry in the centre of the house. Bluepencil was engaged to update this existing extension and to address the flow through the house.

The central bathroom and laundry areas were removed and new feature hardwood doors added through to the formal living room. A new dining and kitchen area was created, with a central island area being the focus. Significant areas of overhead double glazing provide a light and airy space. Upstairs there was reorganisation of the existing bedrooms to allow for a new ensuite, a bigger bathroom and a better overall flow.

We are about to embark on further extensions to the front of the dwelling, which will be in keeping with the existing architectural language 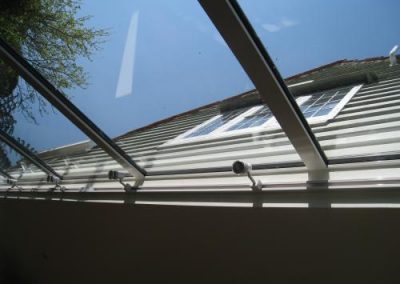 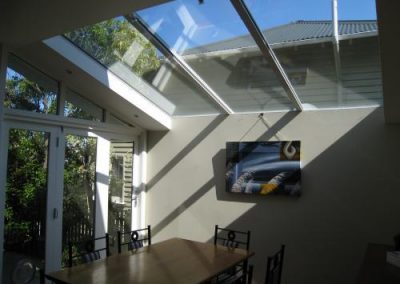 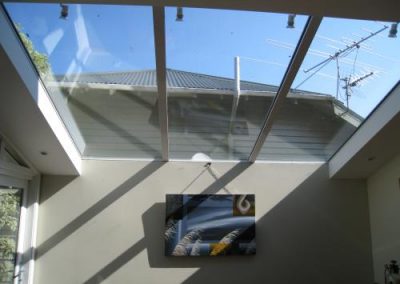 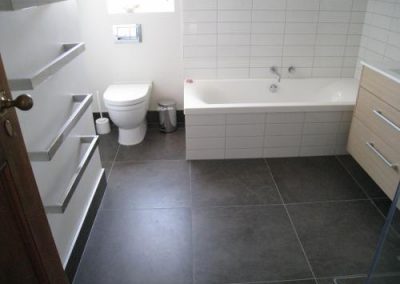 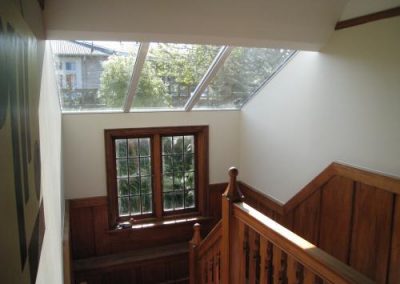 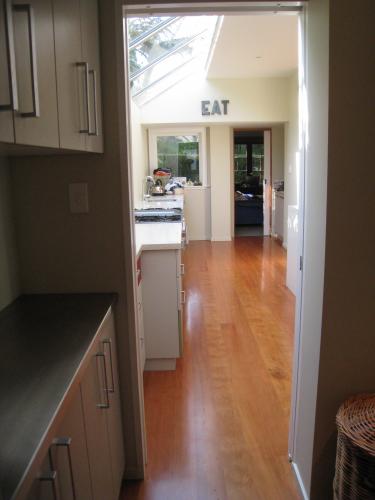 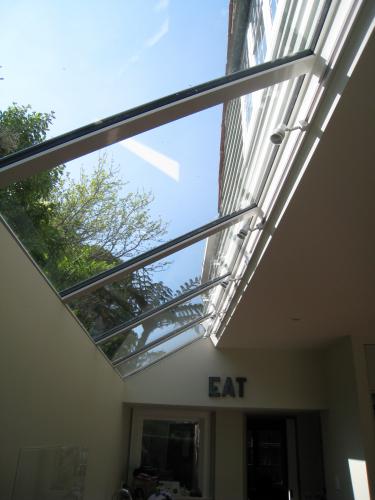 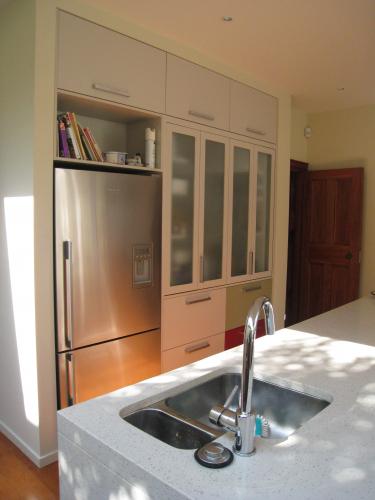 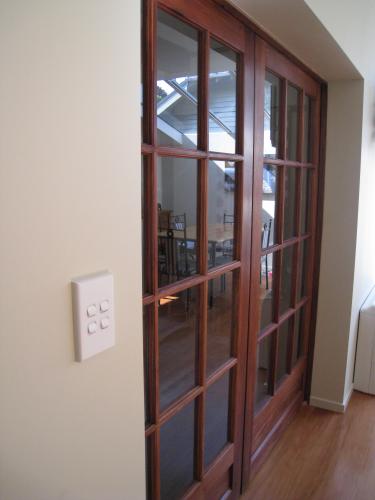